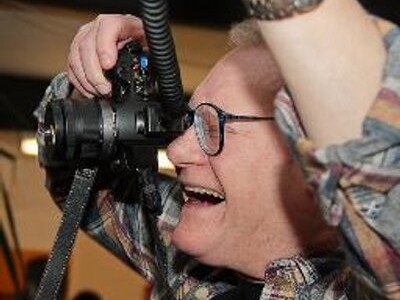 A seasoned traveller of deserts and jungles, Tony Annis, explains how he was conned in the urban jungle of Albuferia, Portugal.

Whilst in the water section of the supermarket Intermarche at approx. 1700 hours of the 7th September 2013, a group of three Brazilian girls approached me and asked for my help.  I speak Portuguese and lived in Brazil in the past and so know the accent. They asked for my help to find and lift down something from a high shelf, a litre size bottle of water that had a touch of lemon. Whilst trying to read the label of several bottles high up, she obscured me from seeing her friend or friends steal from my red bag that was in the trolley just behind me. I said to the main girl with me, that I could not help any further and called a staff member to help them.  It seems there was none of this item in stock at this size!

The entire event will all be on the Intermarche stores video system. The staff member in the water section also saw them and told the Police. The three young women seemed as if they were in the midst of traveling because their flip flops were very different from anything from around these parts.  Flip flops with diamantes in the strap were very different and they all wore this type of sandal. The main woman was probably in her mid to late twenties, with a multi-coloured long summer dress, brown hair with tanned, white skin and she was about 5ft 7 inches tall.  All were about the same height and age group.

I did not notice the missing Lumix G6 camera and with its lens until I was back at the hotel, approximately 20 minutes later, as I was carrying water plus wine, so the weight did not register as too light.  Immediately I rushed as fast as a man of 75 years can, back to the store and insisted the manager call the Police.  He was very reluctant to do this but I insisted and spoke to the Police on the phone.

They too did not want to come to the scene but again I insisted and a squad car came with a male and female officer.  The red bag I was carrying gave no indication that I had an expensive camera inside, so I think they just opened the bag quickly, grabbed the camera case without any idea of what they took. The Police took basic details and told me to report to a main Police station. This I did at the Albuferia Police station and the policeman was most helpful and I have copy of the paper work for John Lewis Insurance. Helping others is something that travellers do but be aware or you too could be conned, the urban jungle can sometimes be more dangerous than the dense green jungle itself.

Go Barefoot have written an exclusive article about Kyrgyzstan for Globe magazine, and you can see the video they’ve made about it here:

They’re also offering all Globetrotters members a 5 percent discount on any of their tailor made and no-fixed-departure date itineraries, and for group sizes 8+ they can offer a 10 percent discount. To find out more, check out: www.gobarefoot.travel or contact them on info@gobarefoot.travel or phone 020 3290 9591. All discounts for members are listed at the back of every issue of Globe magazine.

Welcome to the Autumn eNewsletter, packed with tips, news and discounts as always. I hope many of you have been enjoying the first ever digital edition of Globe magazine, we’ve had many new members join us since the switch over so I’ll take that as a good sign! Don’t forget that current members can login to the Globetrotters website to view and download all recent issues. Thank you for the many photo submissions too, as the competition has now closed and the committee are currently judging the many excellent entries. To find out more about the upcoming Globetrotters calendar, watch this space.

Heading to Japan? The first website specialising on the ancient city of Kyoto has just been launched, providing visitors and Japanophiles alike with information on culture, food, and shopping as well as places of interest. With the aim of bridging Japan with the rest of the world, Kyojapan.com is lavishly designed with fantastic photography and easily navigable through a simple series of themed pages. The gourmet section, detailing Kyoto’s vegetarian cuisine, sweets, and green tea among much else, particularly caught our eye, though there is a lot more on the site for even passing interest.

Visit http://www.kyojapan.com to find out more. 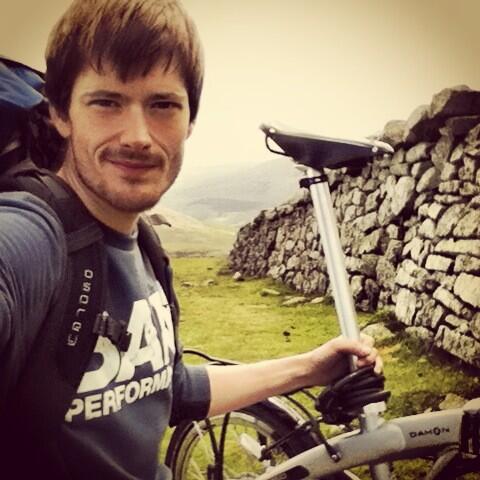 Globies past speaker Leon McCarron, the adventure film maker (most notably the inspiring Into the Empty Quarter with Alastair Humphreys) has turned his talents to writing, with the release of his first book The Road Headed West: A Cycling Adventure Through North America. The book tells the story of Leon’s five month 6,000 mile cycle journey from New York to Seattle and onto the Mexican border, with all the stress and enjoyment that such a journey entails. With excellent reviews, signed copies are available from leonmccarron.com for £9.99 (+P&P).

Staying with cycling, Richard Evans of Wimbledon, South West London has been cycling around the world since April of this year on a recumbent bicycle.

Originally planned as an attempt to beat Mark Beaumont’s 2007 Guinness World Record of heading around the globe in 195 days, Richard is now travelling for the sheer joy of travelling, and without chasing a record he has been able to experience the regions he is passing through much more. (The record now stands at 127 days, and in any case Guinness wouldn’t accept a ride on a recumbent bike for reasons of their own.)

Now on the East Coast of the United States, in many ways Richard is on the home stretch, with just a short ride from Lisbon to complete his journey.

You can take a look at his route and much more on http://laidbackaroundtheworld.blogspot.co.uk/ and follow him on social media. His twitter handle is @laid_back_rich. 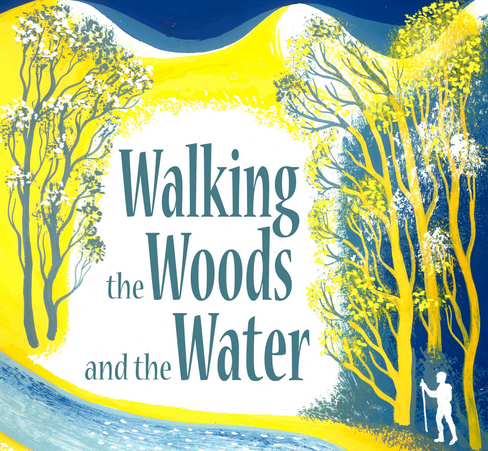 Nick Hunt is a Globie and William Wood Legacy award winner, taking himself on a miraculous walking journey from one side of Europe to the other. In 1933, the eighteen year old Patrick Leigh Fermor set out in a pair of hobnailed boots to chance and charm his way across Europe, like a tramp, a pilgrim or a wandering scholar. The books he later wrote about this walk, A Time of Gifts, Between the Woods and the Water, and the posthumous The Broken Road are a half-remembered, half reimagined journey through cultures now extinct, landscapes irrevocably altered by the traumas of the twentieth century.

Aged eighteen, Nick Hunt read A Time of Gifts and dreamed of following in Fermors footsteps. In 2011 he began his own great trudge – on foot all the way to Istanbul. He walked across Europe through eight countries, following two major rivers and crossing three mountain ranges. Using Fermor s books as his only travel guide, he trekked some 2,500 miles through Holland, Germany, Austria, Slovakia, Hungary, Romania, Bulgaria and Turkey. His aim? To have an old-fashioned adventure. To slow down and linger in a world where we pass by so much, so fast. To discover for himself what remained of hospitality, kindness to strangers, freedom, wildness, adventure, the mysterious, the unknown, the deeper currents of myth and story that still flow beneath Europe’s surface.

You can find Nick’s book in all good book shops for £10.99 or for less online at Amazon and Hive. Read more about Nick and his amazing journey on his new blog: www.nickhuntscrutiny.com

Former Globetrotters member Pam Tames sadly passed away at the end of 2013. If any fellow Globies would like to pass on any information or photos of her, then please get in touch so that we can publish an obituary for Pam in the next issue. 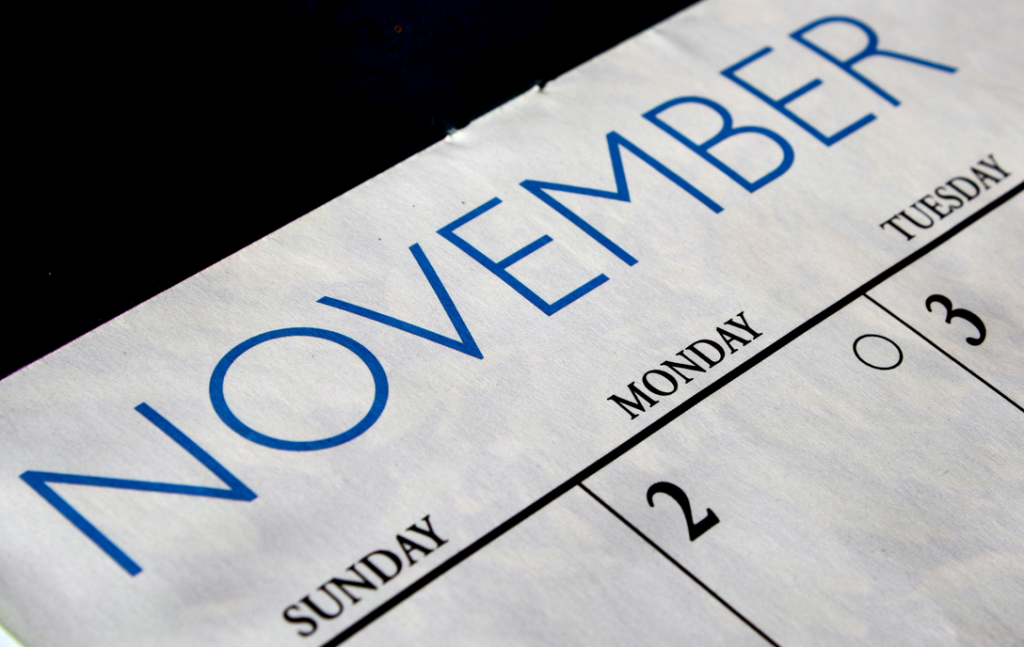 In November Jeanie Copland will present on her Trans Siberian trip and Adrian Bridge on In the footsteps of Franz Ferdinand, leading up to a double whammy of wonder in December. Jason Lewis and John Pilkington will no doubt be a highlight of the year’s meetings for many Globies, with both of their talks that need little introduction at the December meeting.

Chester meets on November 15th with  a talk on Columbia by Christine Russel and on Northern Pakistan by Roy Willis.

In Toronto, tentative topics for the next meeting are Greece and Turkey, Cuba, Dubai or even the re-enactment of the Battle of York.

After holding membership fees at 1995 prices we have reduced them by producing Globe digitally (and saving on the printing and postage costs).

Members can read Globe on or offline on

Club membership now £12 a year for every member wherever they are in the world.

Join now with our no-risk guarantee. If you find that Globetrotters does not offer the advice and information you need, let us know within 14 days of joining  and we will refund your subscription fee in full. Join today-Just Click Here!

As a member, you will be a part of the oldest travel network in existence and have the opportunity to make new friends who share your interest in travel. Once you are a member, you will receive a copy of Globe, access to our members area where you can contact other club members around the world, and even stay with some of them or offer to put fellow Globetrotters yourself!

This eNewsletter was written by Chloe Marshall, Ian Packham and Tony Annis

Do you have any comments, suggestions or questions?

Drop us a line: Editor@globetrotters.co.uk or leave a comment.

If you have an event you would like to add to our events listing, please contact us.